In preparation for the European Parliamentary elections in May 2014, the Globernance Institute for Democratic Governance, in collaboration with the San Telmo Museum and the European Law Students Association (ELSA) of Deusto University, held the first European Dialogues events in Donostia-San Sebastián on May 6, 13 and 20, 2014.

The project consisted in a series of interdisciplinary and participatory debates to discuss and reflect on the meaning and future of the European Union. Over two hundred people participated to discuss the construction, structure and expression in and of the European Union. Different disciplines and fields of expertise were drawn upon through the intervention of the following speakers: Juan José Álvarez Rubio, lawyer; Gabriel Ruiz Múgica, architect; Antonio Vitorino, former European Commissioner for Justice; Tere Irastortza, poet.

Participants had the opportunity to contribute to the debate, bringing forward their own original thoughts, through a survey- VOTE YOUR IDEA- that they had to deposit in a voting urn, recreating the most significant electoral action. Accordingly, we were able to collect constructive thoughts, concerns and ideas from the participants so as to be able to inform policy makers of the citizens’ reflections. To read the conclusions, click here. 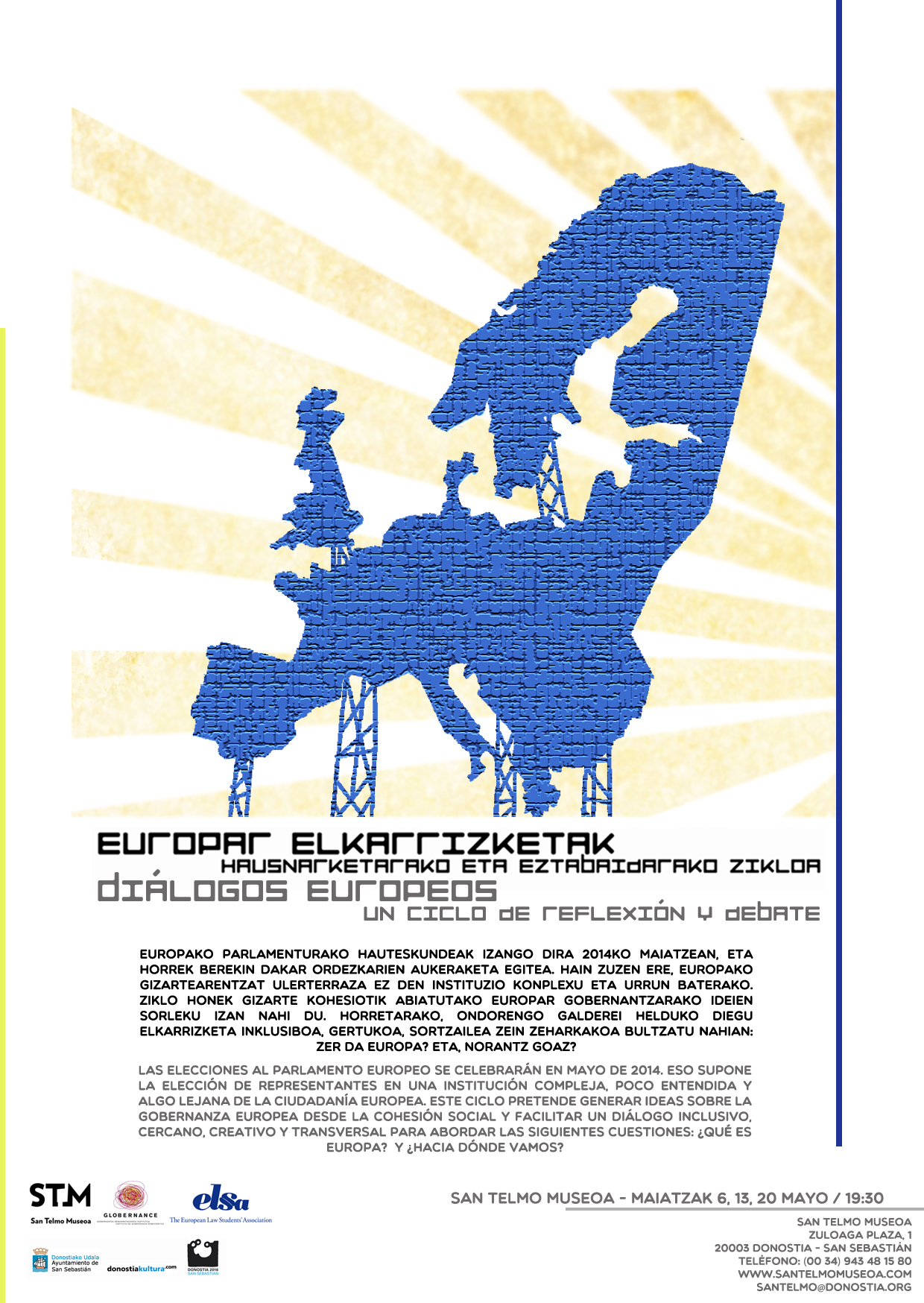